That’s the question I got alot when speaking in a lot of seminars (also I answered briefly on the previous Q&A post). After eight years of using DSLR (I’ve used Canon 300D, 30D, 5D and Sony A900 in 2010), I finally jumped ship and ultimately switched to the Mirrorless System. I’ve been using the A7 series for two years now, and here’s the story how and why, from the beginning:

Disclaimer : This post is not meant to be bashing other brands at all, everything is based on my honest, first hand experience and aesthetics preferences.

I’ve always been a fan of Sony’s vibrant colors for a long time. My favorite DSLR, the A900 (2010) had taken me to a whole new level of color vividness that I’ve never got in any other camera. This was my daily work camera, paired with all the wonderful Zeiss lenses. I was pretty content using it together with my Canon 5D to shoot photos and videos. The only downside was how bad the focus and image quality were on low light situation. But I just had to compromise for those beautiful colors by only shooting mostly in daytime. Why not sticking with the Canon 5D for photography as well? For starters, I started off digital photography with a bunch of Canons. They’re pretty good cameras except that they never really got the colors that I want, and pushing for high saturation in Photoshop just didn’t do it.

The A900 was a big, professional camera. It’s bigger than most DSLR cameras and it’s pretty heavy, especially when combined with the bulky Zeiss lenses. Most of the times (ok, all of the times) when I got to travel to beautiful destinations, I just left the camera in the hotel. I missed a lot of travel photo opportunities because I was too lazy to carry my heavy gears everywhere. Simply said, travel photography was not my thing at all. The camera only served a purpose for my fashion editorial and advertising shoots. Up until this time, I would remember my Tibet and Himalayan trips and scold myself, “Why didn’t you take more photos?” Now can you stop figuratively throwing stuff at me?

Then came the era of Mirrorless System. It was 2013 when I tried my hands on the ever-celebrated Fujifilm XE-2. The compact body was a breeze from all the heavy A900 or 5D + lens setup. The XE-2 was my go-to ‘instagram camera’ -you know, the ‘fun’, ‘vacation’ camera, not my ‘work’ camera. Because no matter how adorable the camera looks and how light it is compared to the heavy DSLR, the image quality (vibrance, sharpness and clarity) was not on par at all. Plus the viewfinder was SO tiny. And the most exasperating thing was, this camera shoots very, very slow compared to the DSLR. It literally lags for a few second after I click the shutter (I used the fastest SD card). That was one expensive instagram camera to say the least. But hey, it transferred photos to my phone, and after throwing some filters, the photo will look good on my small phone screen.

It was 2014 not long after I got the Fuji – and quickly got tired with its underperformance- a friend introduced me to Sony A7. Now I was already tired with the mirrorless system but I was also intrigued with the fact that Sony offered a full frame sensor in such a compact body, so I decided to give it a try. I brought the A7 with me (paired with 24-70mm lens) on commissioned photo job in Swiss. I still brought the DSLR with me because figured that I will only use A7 for some travel snaps (totally not expecting anything more than that).

On the first day trying it, the only thing I can say is: I. Was. Mindblown. Within minutes. No that’s actually  to say the least. I remembered arriving in the morning in Montreux and started to shoot everything. The street, the sky, my food. The camera never left my hand. I literally shot everything in sight, day and night. Both the ability to shoot photos and video in low light, and the compactness of the camera was so liberating. Ok, I know size is always the number one appeal in every mirrorless system, but the speed and image quality was just overwhelmingly good. This was ridiculous (I kept squealing “Omg omg Melvin see this!” like a little girl til he got so annoyed), I was dumbfounded on how such a compact camera can deliver even more stunning colors and details than my trusty DSLR. In the end, I only used the A7 during the whole trip (even on the shooting job); the A900 and its lenses were never once out of the camera bag. They were being an unused extra weight on my luggage.

What I quickly realised after shooting the whole commissioned job with only a tiny mirrorless camera, is that the A7 has totally surpassed my professional DSLR in every way possible. Both has 24.6 megapixels and both produces similar vivid colors; but the A7’s dynamic range, low light performance and fast autofocus won by a far far mile. Back then, raising the ISO to 400 on my A900 was a big bold no, but during the job I braved myself to set the ISO to 10000 on the A7 and the image still look sharp and crisp on my client’s 1 x 1.5 meter print. After the trip, I officially switched. I got myself a lens adapter so I can use my old A mount lenses on it. And though we’ve had sentimental relationship for years, all my other cameras finally rested in peace (sold the 5D, kept the a900 for the memories, still trying to get rid of the Fuji). All my editorial and advertising jobs has been shot with the A7 series ever since.

Over a year, I got my hands on the A7m2, the A7 successor with in camera image stabilization, which I can also go on and on about its awesomeness here, but I’d rather talk about the one that came even later : the A7Rm2. Now I’ve told you that A7 is great but The A7Rm2. This one. Is just next level legit.

Where do I start? 42.4-megapixel, ISO ranges all the way to 102,400, built in image stabilization. And it’s still so compact! Just how did they even manage to pull that? Everything is pushed to the extremes, no compromise. Best camera I’ve ever used; I never even dreamed such camera would ever exist.

So in conclusion, the ultimate reason why I finally switched to the mirrorless system is mainly because the A7 made me more excited today or at least equally as excited about photography today as I was when I first picked up a camera ten years ago. I found a love in travel photography, something that’s been in front of me for years which I has missed. There’s no more excuse leaving the camera in the hotel because the A7 literally weights like nothing. Would you or would you rather not be pulled down by carrying heavy equipments with you when you move around? It does make a huge difference guys. I can shoot the whole day now without a sore on my arm or back, just like my old days on the lighter cameras.

Same goes for my commissioned photography work. I don’t have to worry about shooting in any lighting conditions and never once i have to compromise on anything now. As a professional photographer, i have the obligation to deliver the best quality products to my clients, and right now only I can only do that with the Sony A7 series.

There is an evolution in my photography now that I discover more about the advantages; the whole process is magical and done in the most effective way. It was a new sense of freedom if you think about the movement of a small, lighter camera enabled.  I only need one camera to be able to do all things on the list: A large resolution with sharp details for my editorial and advertising shoot, check. Light enough to carry during my travels, check. Strong and durable to be used in any weather and climate conditions, check. Zeiss mounting, check! I have fallen in love with Sony and I’m excited to wait for even more growth of this evolution in mirrorless technology. Although sometimes I still miss some aspects of my DSLR, they are insignificant compared to my wonderful experiences with my A7 series. 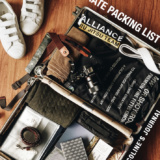 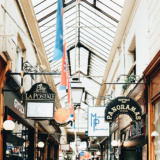 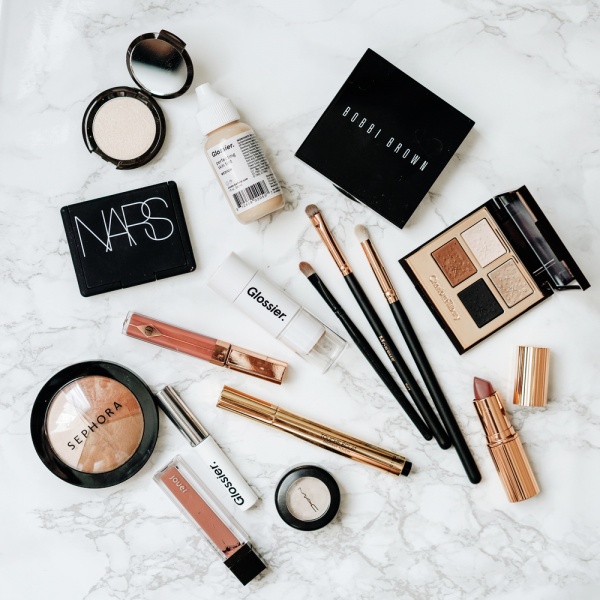 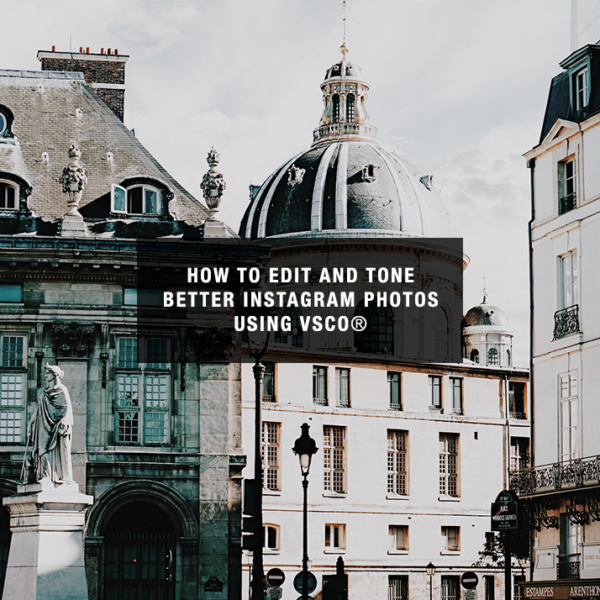 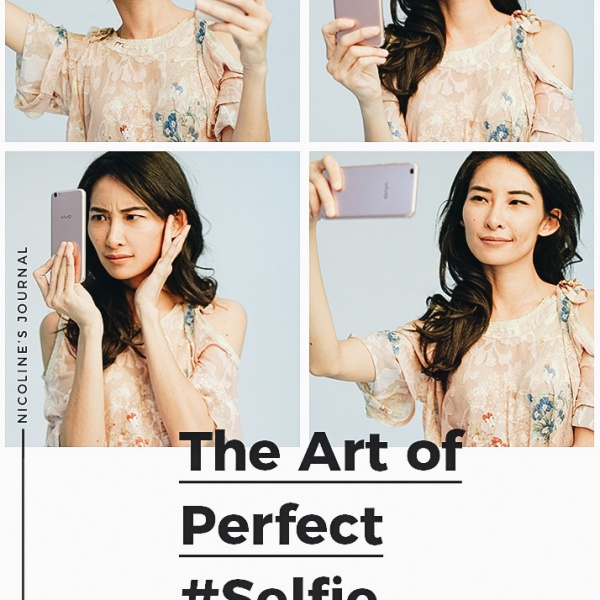 Thanks for the article. I’ve been thinking to upgrade my camera to Canon 5D but has been hesitated by the size… I love taking photos from my travel. And reading your article about Sony Mirrorless System was just like an answer!! I have one question though, after using Mirrorless system now, what do you miss from DSLR?

What I miss the most is the shutter/mirror “click” sound! You know, the loud “click” that sounds very professional 😀 Most people choose to have a silent shutter but I love my camera loud.

Hi Nicoline! Thank you for the post! it helps me in deciding to move from micro 4/3 to using a sony. I just want to now, for a 50mm equivalent, is it better to get the nifty fifty or the 55 Zeiss F1.8. Is the Zeiss worth the price tag?

Thank you so muchh for reply..