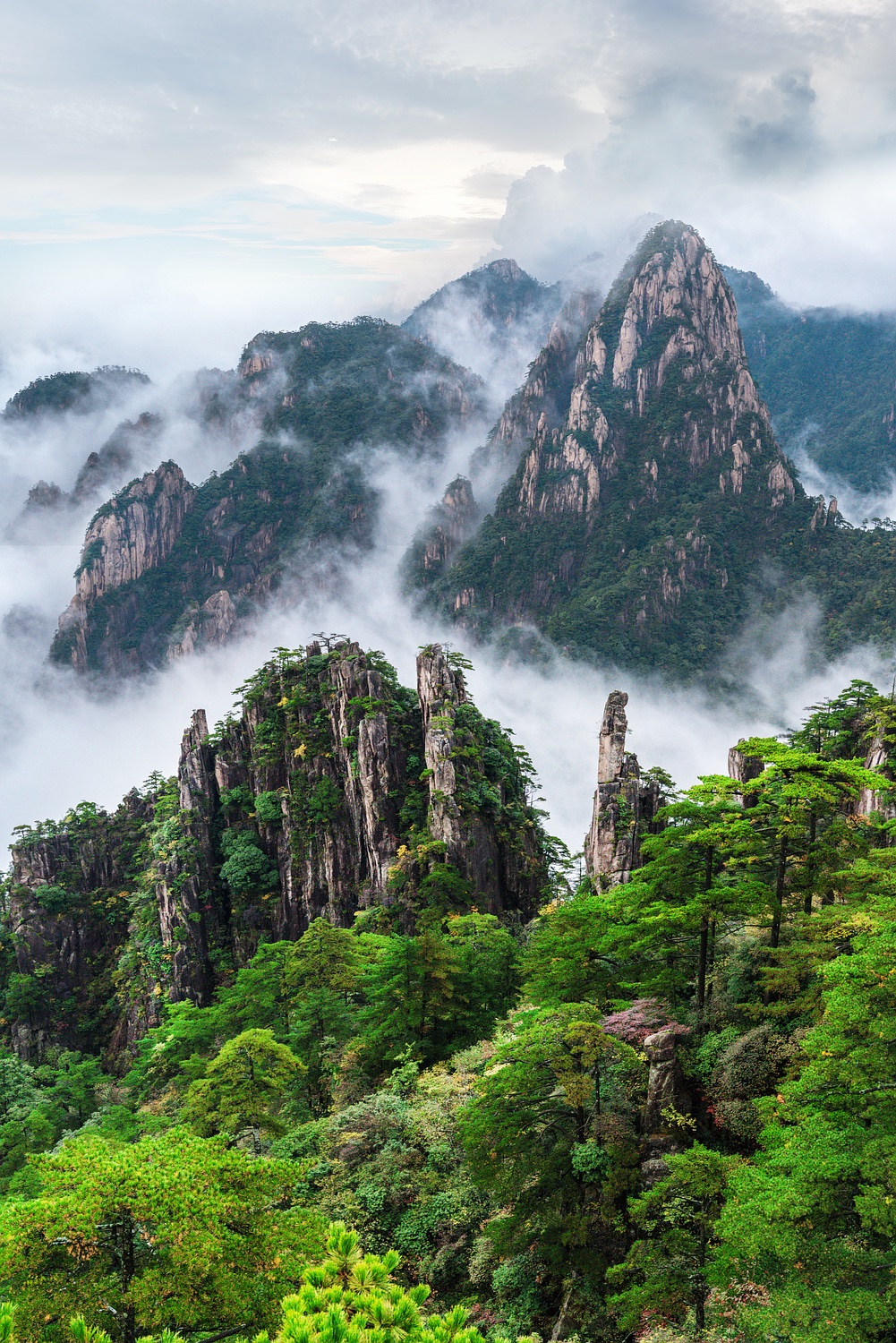 In 2008, my mom visited Huangshan with her relatives and showed me the photos she took on her phone and I. Was. Amazed.

Astonished. Stunned. Awed. Mesmerized. Everything. You know why?

Because my mom was NOT good in taking photos and back then her phone camera wasn’t even that sufficient to take a good quality image, but those photos I saw was breathtaking.

I mean, anyone can browse for photos of The Yellow Mountains online and see a number of beautifully composed, lit, edited, professional photographs. But if my mom (sorry mom!) can take awesome pics that dropped my jaws to the floor, then the place must be something.

(Disclaimer: She gets better and better in taking photos though.)

I’ve been traveling to Shanghai more than I can remember, but each trip was more packed with work than the others. Hangzhou, Suzhou and Huangshan are always on my 1-2 daytrip excursion plan; but I just never got the time. So despite my short week in Shanghai last month, I planned an ambitious trip to visit Huangshan for one night.

I did some research on trips about the Yellow Mountains and most website suggested that we should stay on the mountain summit to be able to enjoy both sunrise and sunset -but that, if we’re lucky; because on some days, thick fog will cover most of the areas. That shouldn’t be a problem. Then came the next confusion: The mountains area is HUGE. It’s not just ONE mountain, it’s a range of peaks! You don’t just go up and down easily, that’s why it’s best to stay up there to make the most of your time.

There are many entrances to the mountains, one that confused me the most during my research. There are also different cable cars that will take you to different parts of the mountains. There are approximately 60,000 stairs steps leading to all the scenic spots. Now what. Exploring everything is obviously impossible to be done in a mere two days, maybe even a month! All the hikes will be strenuous and demand high stamina so we have to choose wisely which ones we want to tackle in this short time.

In the end we decided to cover the Eastern side which has plenty of scenic spots (and also the easiest route to hike), so we proceed to find the hotel around this area (more about our hotel below.)

We left in the wee hours of the morning from Shanghai by car (5 hours) and arrived in Tangkou town (汤口镇) by 10 am. Tangkou is the only town on the foot of the mountains closest to the cable car station. You can get also reach Tangkou from Shanghai by bus (6 hours) or by high speed train (4 hours) with the transfer in Hangzhou. I will definitely take either of these options if I had more time to spend, but since we only had two days including travel time, every hour counted.

From the foot of the mountains, you can either trek for 4-5 hours or take the Yungu cable car which reduce your travel time to 10 minutes. It was drizzling when we arrived so the cable car (RMB 80) was a better option. The cable car saved my life and it conveniently sent us to the top and from there it’s only half hour walk to our hotel.

There are in total 6 hotels on top of the mountains area: Beihai Hotel (北海宾馆), this is the hotel that I chose, and Shilin Hotel (狮林大酒店) located in the North Sea Scenic Region (北海景区), Xihai Hotel (西海饭店) and Paiyunlou Hotel (排云楼宾馆) in the West Sea Scenic Region (西海景区), Baiyun Hotel (白云宾馆) in the Tianhai Scenic Region (天海景区) and lastly Yupinglou Hotel (玉屏楼宾馆) which is built on the Jade Screen Peak (玉屏峰). Really, don’t bother finding them on Google map.

All of these hotels are marked three to four stars; but I’m positive these rating got different standards when you’re on top of a remote mountain. The price was exuberant guys. So was the RMB 40 cup of coffee served in the hotel. But most hotel also has dormitory/bunk beds for a more affordable option.

Our room in Beihai was… well, okay clean, to say the most. The rooms are small, beds are firm and furnitures worn; but that aside, you didn’t come all the way to Huangshan to pamper yourself inside a luxurious hotel room, did you? For a hefty $120 a night (twin beds), we pay mostly for its prime location, since the hotel is right in the middle of the best viewing spots in North Sea Region.

Breakfast and lunch was the best thing in the hotel. They offer buffet three times a day (breakfast mostly comes with your room rate) at RMB 140 per pax, which was the only thing that I didn’t consider too overpriced in this hotel. The (chinese) cuisine selection is delicious, if you’re not too picky about desserts (or the lack thereof.)

The high cost of the accommodations, water and food happens due to the challenge of transporting all the items up the mountains. Everything used and served in the hotels are carried by official Hotel porters (including the visitors luggage), whom we see ascending and descending the stairs carrying loads that’s even heavier than their own body weight. Crossfit anyone?

We arrived in the hotel at 1 pm and still had time to stretch our legs while having our buffet lunch. It was extremely misty during that hour and I started to worry that it might last for the whole day. But an hour later, the mist cleared up and we started to take a hike to the scenic spots.

Given the strategic location of the hotel, it only took us around ten to twenty minutes walk to reach the viewing spots. There were six viewing spots around the hotel, and as soon as we got to the first one, I fell in love, hard.

There she was, the Yellow Mountains in all its glory. It surpassed my wildest expectation and I could only stand there misty eyes soaking God’s beautiful creation right in front of me. A local tourist, an elderly lady was mesmerized with the view and squealing with delight like a little girl. That moment warmed my heart.

Sadly we didn’t have the chance to see the heavenly sunrise of Huangshan, as the mountains were totally covered in mist the next morning. Seriously, we couldn’t see anything farther than a few meters except a white mist abyss. It was eerie and magical at the same time.

We were told that this happens more than 2/3 times of the whole year, so I guess only the lucky ones can witness the famous sunrise. I vowed to come back again next year on a drier season and spend a few nights here; so I’m not done with you yet, beautiful mountains.

Some tips for the first timers:

That’s it love! Hope this journal will inspire you to plan a trip to the Yellow Mountain. If you have any more question, let me know in the comment section below! xx 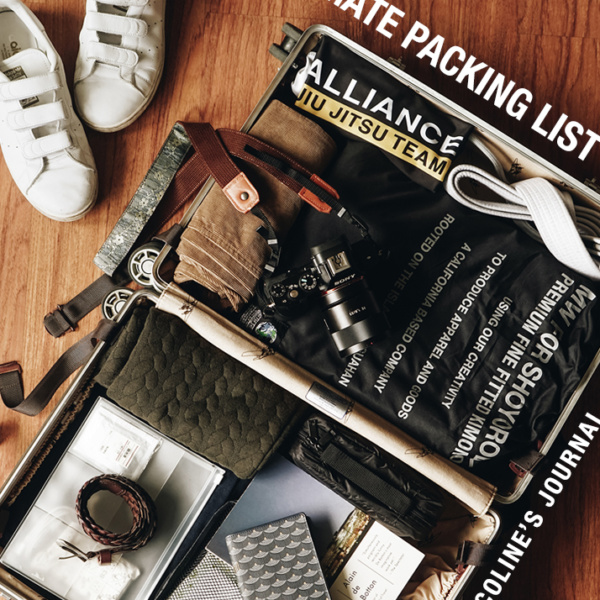 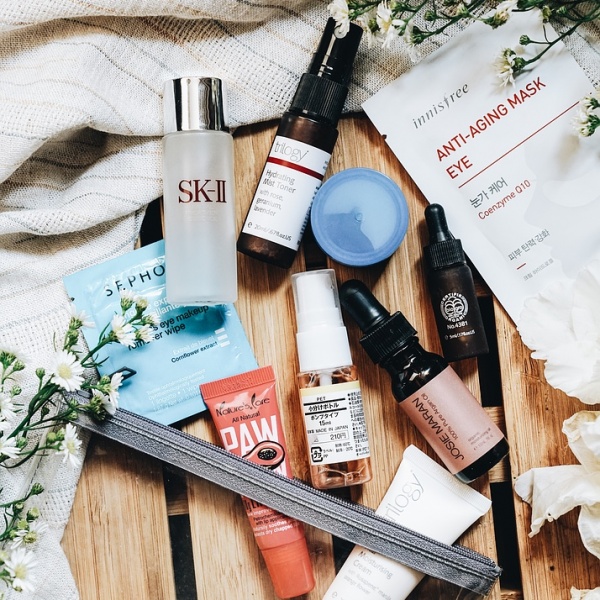 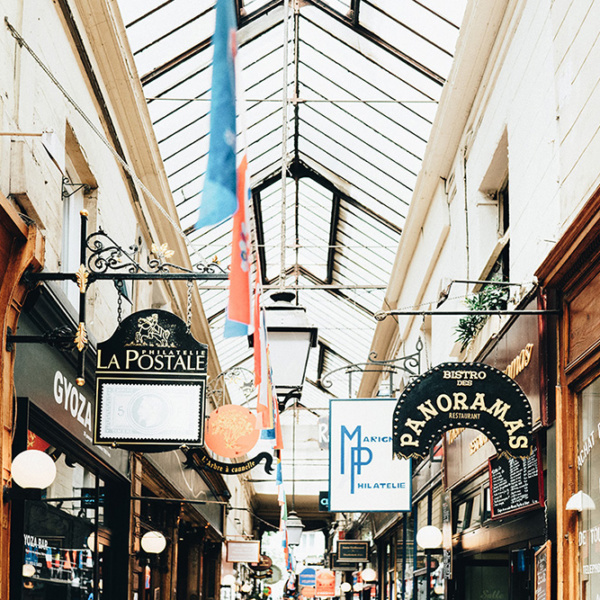 You’re so lucky, Nicole. So envy to see ur pic of beautiful mt.huangshan. I’ve been there last july, i cant see the beautiful view because of heavy rain and fog. But it was great experience! I love ur blog anw! Keep inspiring.

I just talked with my husband last nite about this glorious mountain and then saw your post in my reading list, that s a sign I believe 🙂

Mount Huangshan, the wonderful changing sea of clouds, chasing the sunrise is of great momentum. Take your courage and your dreams and go to the top of the sky.

Can’t wait to be there next month! By the way, the village name is Xi Di 西递 (not Di Xi)